Waldorf Unschooling Through the Teen Years: Their Passions and Curiosities

As they got older and began to explore their passions and curiosities more deeply, they had to move out into the community because they were not in a school situation where all that was built in. At first we helped with this process, finding them classes, mentors, and areas to explore but as they got older they became instrumental in finding their own way with this. They have studied with various music teachers (in voice, fiddle, piano, oboe, Irish tin whistle), taken classes from community centers and private studios in various martial arts, fencing, computer gaming, dancing (from ballet to jazz; clogging to Irish set) as well as various community theatres and orchestras. They were led to many wonderful mentors and experiences as their passions and curiosities drew them out into the wider community.

Sarah was intrigued by the performing arts very early on but it wasn’t until she was 12 years old that she really identified this passion as something to actively pursue. She started auditioning at several children’s theatre companies in the Phoenix area. That first year, she auditioned for every children’s production at four children’s theatres and got rejection letter after rejection letter. She started taking dance lessons and struggled with that till it finally clicked after two years of hard work. She started taking voice lessons and had a range of about 5 notes and even then she wasn’t always on pitch. We supported; we encouraged; we dried the tears when rejection letters came; we found the auditions and drove her to them; we found the voice teachers and the dance studios and got her to classes in dance, voice and theatre. After the first long year of auditioning without getting parts, she finally got some pay off with numerous parts in numerous plays at three of the theatres as well as working behind the scenes. She struggled with voice lessons and then after studying for four years with a voice teacher, we changed teachers because we realized that how this particular teacher was teaching was not a good match and in fact this was ruining Sarah’s voice. She continued to audition and also got a paying job through one of the children’s theatres. She got parts sometimes, other times not. She continued to study voice and dance, really starting to click with dance when we finally found a laid back dance studio that matched her personality better. And, all along, she read Shakespeare plays and memorized dialogue and scene information, watched old movies and read biographies of actors, memorized monologues and poems, volunteered at theatres as often as possible either behind the scenes or ushering so she could see numerous plays, dived into historical fiction and spent time writing her own stories.

Jenn’s passion is music, math and academics. She always had to be busy and intellectually challenged. She went off the charts with her math, working through 60+ math textbooks and popular press books (many published by Dover). She got excited about knot theory and game theory as well as statistics. She did geometry artistically with origami and by drawing with colored pencils. She began to play the violin at the age of 6 years and continues to study violin/fiddle to this day at age 21 years. She also studied the piano and the oboe for a time and taught herself to play the bowed psaltery. Throughout her high school years she was a member of three different community orchestras. She started studying dance as well and fell in love with ethnic dancing as well as the discipline of ballet. She has always been an avid writer of both fiction and non-fiction. Today she is a writing tutor on campus and has been published twice in two different Writing Tutor journals. Before she started college, she was writing a book on unschooling; someday I hope she finishes this gem. Despite never writing a formal research paper during her high school years, she has received accolades from all her professors on her writing skills. From her volunteer work at the DVRAC and a community radio station, she has found a love of archival work.

Josh’s passion is the Japanese culture. He has been studying the Japanese language with his Dad for several years now, learning first the hirgana and katakana alphabets and now working on the kanji. He has intensely studied the histories of Japan as well as other Asian cultures, also studying their cultural practices, geography and art. This passion grew directly from his enjoyment of video/computer gaming, comic book heroes, and anime. He writes extensively; he draws extensively. He is studying the art of web-comics. His love of the various card games has increased his math, logic, and reasoning skills as well as influencing his voluminous fiction writing. I am constantly amazed at what he is learning from all this from the Greek alphabet to mythologies of many lands. At one point he shared with me an article on the Internet about Magic the Gathering and what the colors mean in that game. The article was very in-depth and the whole of the concept reminded me very much of the temperaments. From that article we had numerous conversations about various groups of characters and how they might fit into this Magic the Gathering color wheel. This led to us some interesting discussions about personality and psychology.

And, so I came up against one of the most difficult parts of Waldorf homeschooling: honoring their interests without compromising my own values. But as hard as it has been sometimes, I felt I had to meet them where they were even if I wasn’t interested in what they were interested in. And, then we would build from there. If I wouldn’t talk to Josh about his passions, then why would he come to me with his concerns or listen to me when I wanted to share something with him? How to honor their interests without compromising our own values? How to step aside so they could start to own their education? How to help them find and then encourage their passions, however fleeting they might be before a new passion/curiosity comes along, even when we didn’t understand their passion/interest? These became the questions we grappled with as we moved into the high school years. It took trust in our children, of their own wisdom, of the time they each needed unique to them to let this unfold.
Posted by Cyndie at 4:39 PM 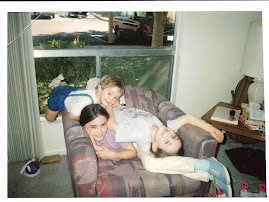 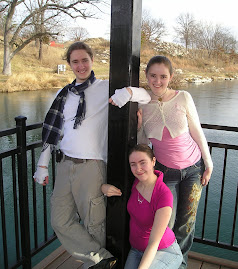 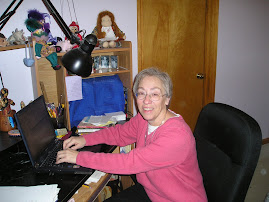 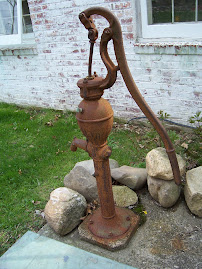